“Makeover” actually isn’t the right word because the bedroom was never maked to begin with. 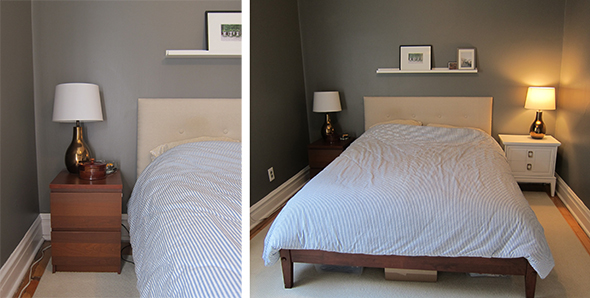 We had an off-white carpet remnant rug that got dingy nearly immediately – terrible idea! We had a picture ledge that I always intended to style but never did. We had matching MALM nightstands that were too small. I later bought an old pair of nightstands (one seen on the right) on Craigslist that I refinished, immediately decided that I didn’t like and then sold for a profit. 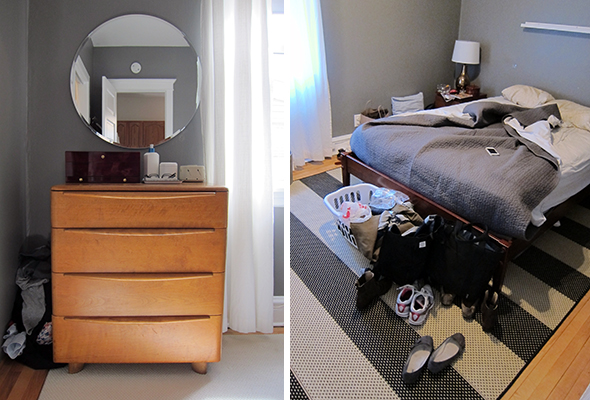 I swapped out rugs, blankets, etc. as I honed in on what I wanted and didn’t want — the former is always much harder for me than the latter — and I finally gathered all of the pieces and put everything together in one exhausting weekend.

And here’s where we are today:

I bought a new rug from Overstock and stained, painted and added hardware to a new pair of IKEA RAST nightstands.  The wall art and framing was less than $25 total, and I reupholstered our existing headboard with new fabric, adding nailhead trim. 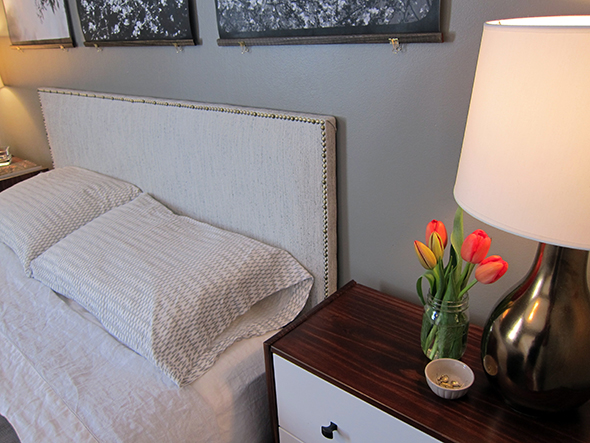 I swapped the dresser with one I had in the basement and plopped a plant in a basket. 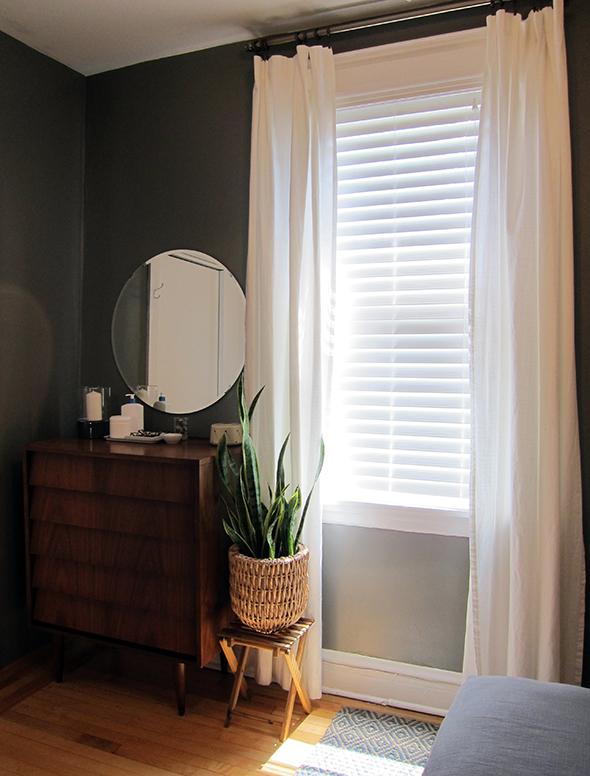 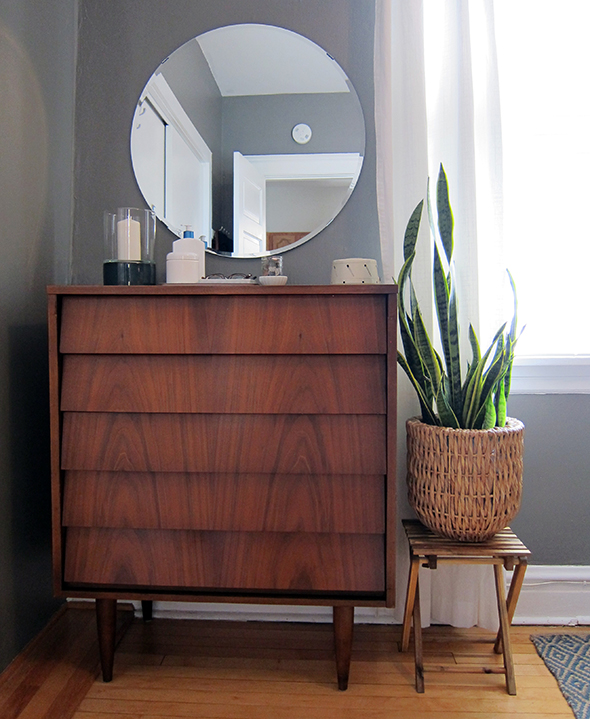 Doozy is indifferent to the changes but I am pleased to finally have a bedroom that feels put together.   I will write follow-up posts on the headboard, art and nightstands, so check back later this week if you’re interested in details on any of those projects!