We have outlets at the back of our closet and I had a plug-in HEMMA cord set from IKEA on hand.  My original idea was to use the cord set to hang a light from the ceiling with the addition of a pull-chain socket adapter (like this) so that the light could be turned on and off easily.  I went to Matty K’s — a great independent hardware store in Lincoln Square — to pick one up, but realized that the adapter pull-cord was actually pretty hard to pull and would put a lot of stress on a ceiling anchor hook.  I then saw this porcelain lampholder with a pullchain.

I’ve seen a lot of blog posts in which people cut off the plug of a HEMMA cord to convert it to a hardwired light fixture, which gave me the idea to cut the socket off instead, leaving the plug and hard wiring the cord to the lamp.  A super nice Matty K’s employee suggested that I mount an electrical outlet box to the ceiling as a base for the lampholder, making it safe and sturdy. 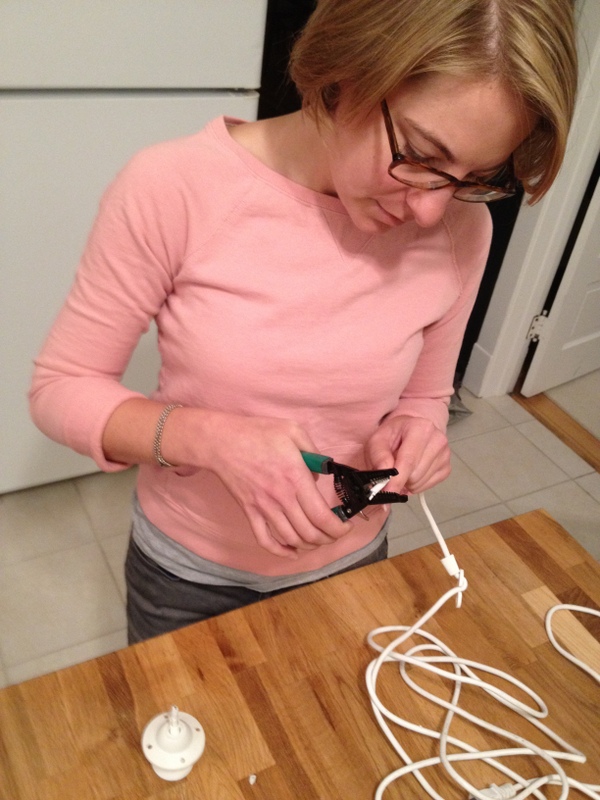 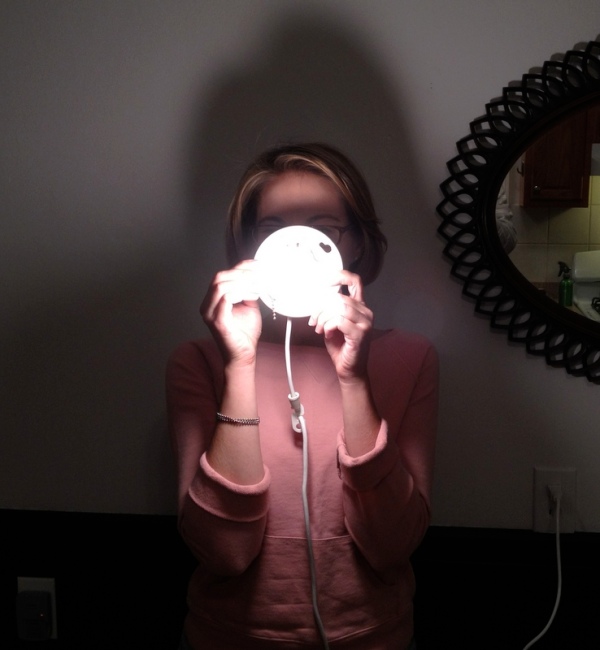 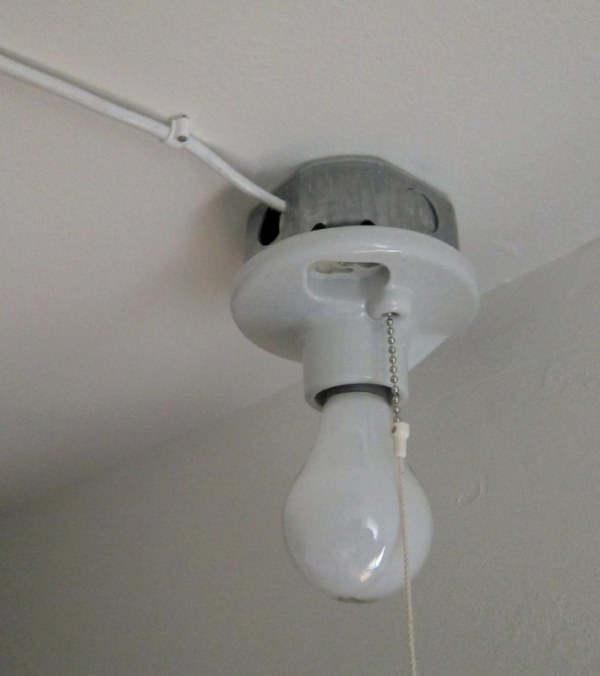 I stripped the cord to expose the wires, connected them to the lamp holder, mounted the electrical box to the ceiling and the fixture to the box, and routed the cord down the back wall to the outlet.  Easy peasy.

Pro tip: Use the cutest Japanese toy you have on hand to personalize your pullcord.  Rilakkuma FTW! 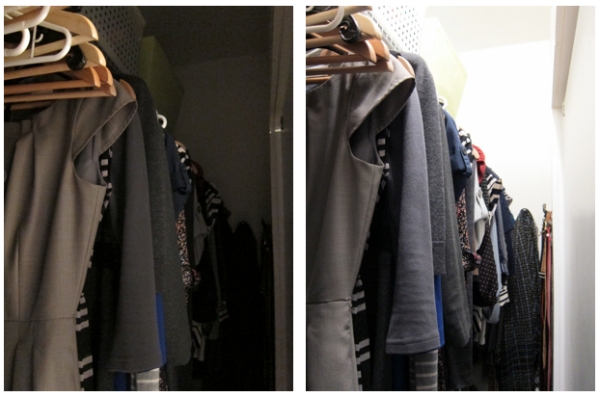